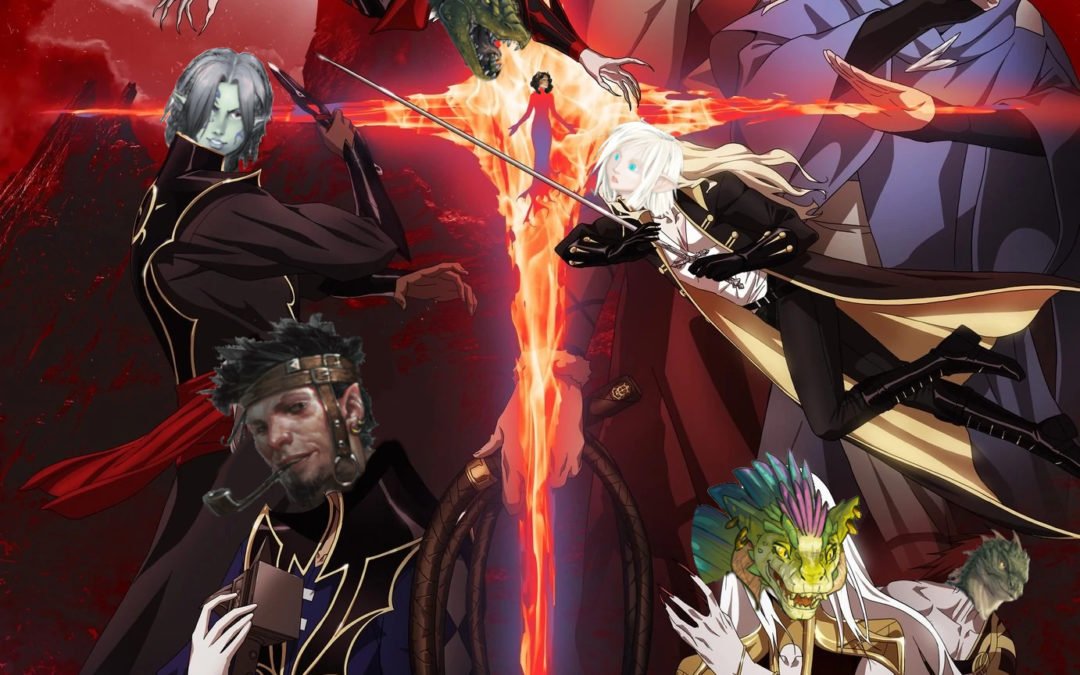 So we left the warm tavern with a seemingly unending supply of liquor and headed into the swamp. Lucky enough I rustled up some dinner the first night.

We stayed the night in a shack belonging to a one “Scabby”. Nice enough fellow even if he has probably inhaled to much swamp gas in one life. From there we traveled to “Sess’Innek” Temple, a madding place of illusions and traps. Going so far as to make one set of illusions three illusions deep.

As we inspected a lizard that had been drained dry of blood form two holes in it’s neck, Dwaff gave us a quite rundown of what the last ground did here.

Down and down we went clearing out traps and illusions until we came across some Lizard vampires trying to resurrect what I am guessing to be their master. Que the conflict of interests

Zak and Ronda moved in to make things personal, as the rest of us provided ranged, and moral support. Still when one enters the front line the are rolling the dice so to speak. Luckly Zak gambling on the dice of fate worked…. for a while.

Twas only a matter of time till something went wrong for the poor man. Still in the end we stopped the vampires without any friendly causality and hopefully cleansed the area of this evil for good.