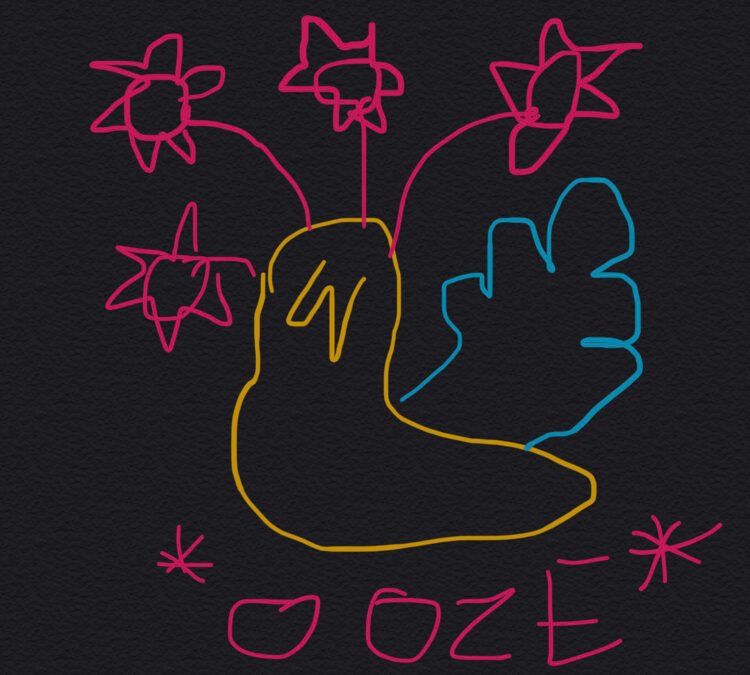 We headed out of town with the goal of finding something interesting to do in the Neathy Woods. We made it to the Black Footpad Inn, and came across a fella that was kinda furry, and real big. I guess he was a firbolg? Regardless, his name was Patumal, and he led us to his crib in the woods, where he clapped really loud and all the trees kinda just mooooved aside to reveal a nice little picturesque clearing filled with GIGANTIC TENTACLE SNAILS. I doodled one above, and marked his home on the map in the A&T.

Anyways, the guy was like “Yo my snails are gettin killed” and we were like “We gotchu” and we trekked through the forest to go find some nasty, snail-killing bugs.

We killed a few, then came across their nest.

That’s when everything went to hells.

We charged in there, ready to fight some nasty bugs, but the Mama Beetle hit with nasty grapples and frozen… spit balls? And every time we killed a little one, she just got more mad. We were barely to make a dent in her, and we were dropping like flies. It quickly became clear that it was time to run.

Between some well placed healing on mine and Rhagor’s parts, as well as a lot of running and dragging and screaming on mine and Tsion’s parts, we managed to get almost everyone out alive. Regrettably, we were forced to leave Saurok-Khan, the brave, foolish, lizardfolk to return to Dust. He saved several of us, and his Dust will find itself in a worthy place.

We limped back to Patumal, informed him of the bad news, and promised to send more experienced adventurers towards the insects’ lair. We rested there for the night, and headed home without issue.