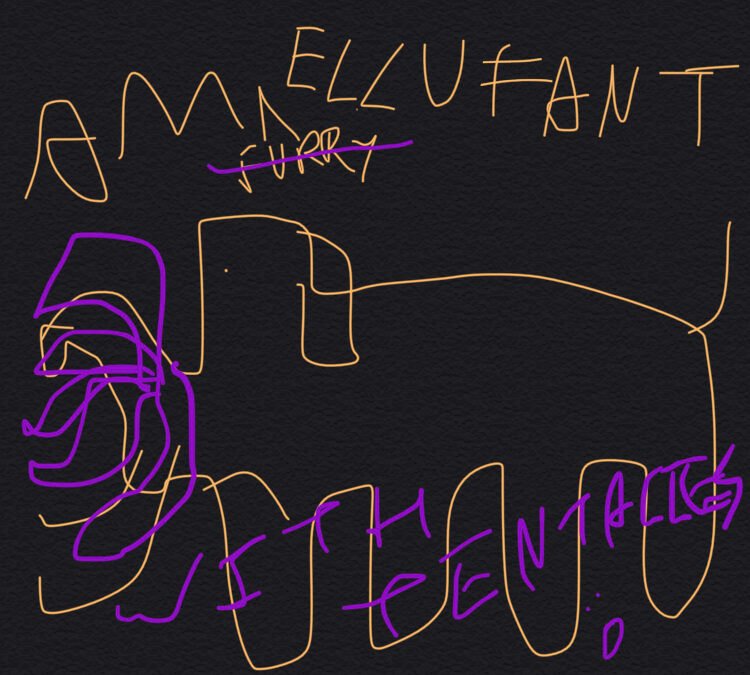 Ricky at the Potted Plant asked us to go chat with the Lapendi Plains Barbarians off northwest of Port Mirandia. We headed south from the GQE portal to see if we could assist in their problems – apparently their gods are awakening?

We met a group of remarkably twitchy group of barbarians surrounding the corpse of an illiphant. It was quite terrifying. It appeared to be an elephant that underwent ceromorphasis. The illiphant was taken down by crossbows, and wasn’t able to hurt them from afar. Apparently the strange aberration came from the north, and said it was possible that the emergence of these creatures could be related to the re-emergence of their “gods.” They offered to take us to their “Mothers,” who they spoke of in a reverent light.

We performed a quick autopsy of the illiphant, finding that its corpse had a necromantic signature, but did not seem to be fully undead. Its brain was devoured and replaced, but it appeared to be somewhat unstable, as if the ceromorhpasis was incomplete.

We met one of their Mothers, who spoke Common far better than most of their type. She, unlike the rest of them, actually acknowledged the women in our group. She spoke of aberrations pouring out of the forest, expressing concern for the Mhair (the tribe of snake people) in their western forest, and the Sarrukh (the tribe of lizardfolk) in the eastern forest, as well as her own people. She spoke of her gods, a brother and a sister, who fought and split the land. They drew a crude map with three forests, postulating that the Lapendi plains were on a peninsula, with the forest north of GQE being the eastern forest. Ruins of ancient Lapendi cities lie in the northern forest, apparently, but have been lost since the floods. The Mother offered to pay us for providing proof of us killing more aberrations, but not to approach their home without an escort.

We fought an illithisaurous rex just south of the portal after running into Till. It barfed out brains on legs. Lots of them. In its stomach, we found a headress. We decided to head back to Port Mirandia for the night.

We headed back to speak with the Mother, and she expressed concern for her people upon seeing the size of the head. She paid us handsomely, and informed us that the headdress contained iconography of Ubtao, perhaps still worshipped by the Sarrukh. The Mother granted me her name: Aylynn. She was quite friendly with us, but I do not think exploiting her goodwill is a good idea in the slightest. Finally, she granted us one last piece of advice: the Sarrukh tribe of lizardfolk can be plied with food to easily curry favor.

We headed home without much of an issue.