Of Butterflies and Bullywugs 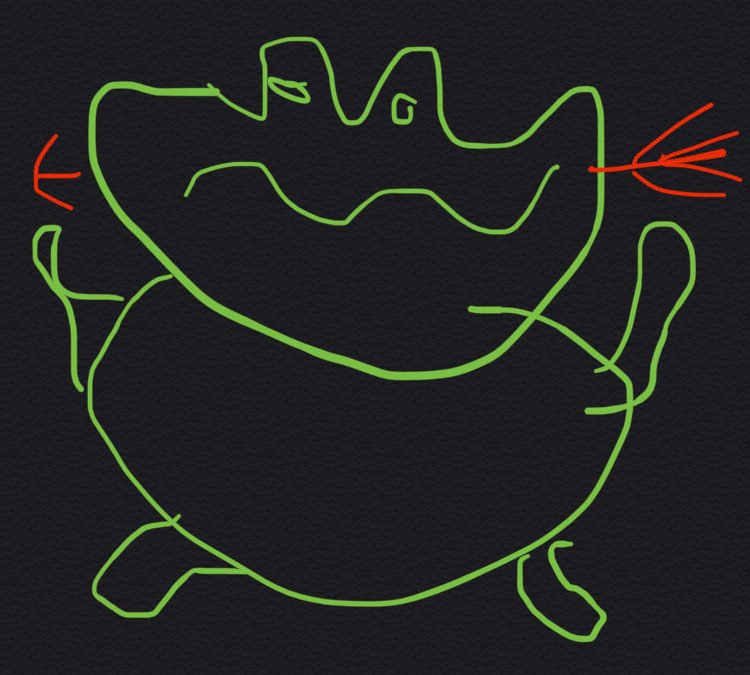 As we headed south from WMC, we heard a scream from the west, but ignored it. We met city watch claiming reports of trouble and a ghostly apparition, seemingly non-hostile by the “old mine.” They heard howls from the swamp. Five hexes down along the road. When we checked it out, everything seemed fine.

Tingork made some very good food. We had an “earthquake” on my watch! How concerning and novel.

Just northeast of the ziggurat, we found evidence of some sort of excavation, abandoned, and were summarily attacked by giant flies, as well as a swarm of killer butterflies and bees! We found a Tiefling husk, as well as two dwarves. We also found several chests with art and gold.

Moving on, Valorean had to cure Sammal and Antonio if some sort of disease, and we found the cave we previously discovered, seemingly still abandoned.

Our night was uneventful, and when we moved further into the cave, we found it heavily trapped. The stairs were heavily trapped, and we decided that the traps would be far too loud to remove. We resolved to head home, beaten.

On the way out, Tingork KILLED a FROG for NO REASON and on the way back, we met his friends, Bert and Lerch. And they informed us how GREAT of a person the goddamn frog was. So thanks, Tingork. I watched as the frogs family wept at the sight of their body.

Upon heading back, we found a campsite, inhabited previously by a person with a peg leg. The rest of our trip home was uneventful.