Of Locks and the Locitum 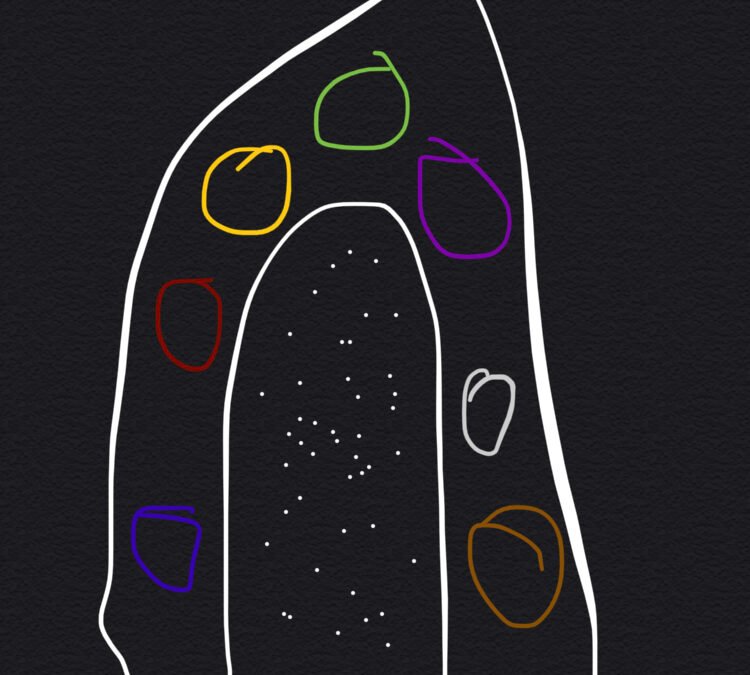 I, Kahlzi Zak Songheart Si’ah’kahl’fa, Kas’de’ril’naïr’se, as well as a crew consisting of Valorean, Ogis, Snowball, Ildan, and Till, ventured out on a mission that left me absolutely reeling. Our goal: discover what this “Council Tuning Site 004” was, as well as delve into the Claimstone Mines to explore what exactly the Locitum was.

We set out in the morning after meeting with the Academy’s curator to retrieve the seven orbs and the star chart vital to our mission. Upon arriving there, we discovered the bodies of two Khenra, looted and partially melted by acid. Not wishing to do anything that may render the bodies profane to Khenra standards, we resolved to leave the bodies in Valorean’s carriage, and bring them to the House of Heralds as soon as possible.

Heading into the mine, we spoke with the strange mouse creatures, and discovered that the illithid had been back–and that several of them were still in the mines. We encountered strange, acid-spitting creatures that harmed some of us rather badly, as well as a single, nasty illithid that we managed to dispatch. From that body, we recovered the Personal Identification Markers of the two Khenra outside, as well as an explosive stick that we used to blow open the gate bearing the warning of “100 dead dwarves.” Beyond that gate was a maaaassive door, barred from the outside, that took us ten minutes to open. Soon, we discovered the 100 dead dwarves–or at least, the dust that remained of their bones, and the dozen specters that attacked us. Additionally, we were attacked by a strange dwarven swordsman, who somehow managed to render himself impervious to all of our attacks for a short time. Two bone-white spiders also laired there, yanking us around the battlefield. Finally, there lay a strange, swirling black entity, who whispered secrets so foul that my brain, instead of doing what I wanted it to do, dedicated a good amount of time to erasing them from my memory.

Heading further in, we heard a horrible siren sounding and discovered a strange, huge green golem. It removed our magics from its presence, putting out some sort of field–thankfully, it did not manage to negate my psionics. We immediately attacked the entity, and a long battle ensued. Valorean and Ildan got frustrated, retreating, but brave Ogis sallied forth, exploring. He found another golem bathed in red light, whose gaze shifted him through space to discover a golem wreathed in brilliant gold. Snowball discovered a small statue of a wizard holding a spellbook and looking quizzically off into the distance, and I wandered around trying to be helpful but not succeeding. Eventually, right around the same time we realized that these golems only attacked us if we attacked them, Ogis found a door bathed in purple light, with seven receptacles for the seven orbs. He gathered all of us except Valorean, who had already run too far to be found, and we pressed a button that caused the sirens to cease their blaring, and caused the golems to disappear. Above the door, we saw an inscription:

We wiped away the dirt and grime.

Using the star chart, we placed the orbs in the proper locations on the door, and it collapsed into nothingness, revealing a beautiful starscape beyond. Snowball immediately jumped through, and upon notifying us that it was alright, the rest of us stepped through. We found ourselves ridiculously high above the ground, on a glittering metallic walkway with several rooms branching off. We found an altar room dedicated to an ancient deity called Ho Amon, whose worship ceased at least a thousand years ago, as well as eating and child play areas that had long since been abandoned.

Finally, at the end of the walkway, we opened a door to find a ladder that lead up to some sort of futuristic control center. There were strange altars everywhere, with tiny orbs that one could press, or turn, or flip. And most strangely, there were these glassy surfaces with strange text on them in some sort of illusory overlay. This is what I read from them:

An Illithid skyship was shot down by the Council at some point in the distant past?

The Illithid managed to get past the defensive systems of the Council?

Did the Illithid take control of a Council weapon and fire it upon the Ishtar Plains? People have seen burnt bits, but I think this happened a long time ago.

We found some faaaancy armor, as well as a few jumpsuits marked “Maintenance Team 001,” and were continuing to look around before Ogis accidentally pressed a button that caused a programmed illusion to say the following:

It then proceeded to count down, and as the ground began to rumble, we began to hear explosions. We ran. We ran all the way out of the mines, got in Valorean’s carriage, and ran away. We could still feel the ground shaking from twelve miles away, and apparently people could see the explosion there as well.

We rode back to town without further issue, seeing figures at the northwest corner of the swamp but not investigating.