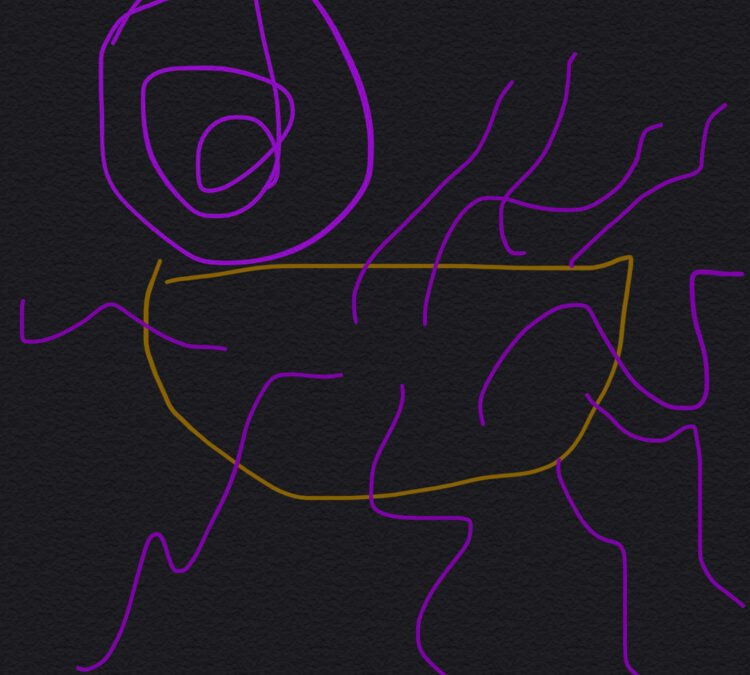 So I woke up in a PRISON CELL, with no memory of how I got there, and there was an illithid right outside my prison cell. Naturally, I reached through the bars and grabbed it, and Lysing and a few other familiar friends killed the Flayer. Lysing relayed that he had been forcing his way through several puzzles, and showed telltale signs of mind flayer beak damage on his forehead. He relayed a sort of message coming from the silver soul anchors he, but nobody else saw. The message spoke of someone called Maanzecorian, greeting us in the love and light of their “Infinite Ilsensine.” They left Lysing with one important statement: “All things, all of life, all of the Ilsensine is part of one original thought.”

It appeared as if we were on the Astral Sea. We explored the prison compound, and found a processing room in which three corpses lay. We secured our equipment, and discovered an Illithid mind bank, a library of sorts that allows illithids to access the collective consciousness of those they have harvested. We explored the ship, which appeared to be some sort of nautiloid flying through the air, and battled intellect devourers, and a whole lot of tabaxi thralls. We took care of them on the deck of the ship without a huge amount of trouble, and peered over the edge of the ship to realize we were, in fact, flying over the prime material. Faenoa and Daffodil found some more scrolls on some corpses.

We headed further in, and faced off against a horrifying ulitharid, before uncovering the true horror of the nautiloid: an Elder Brain. The battle was insanely difficult, the Elder Brain freezing us, shocking us, breaking our minds. We managed to slay it, and leapt, screaming, from the ship as it crashed to the ground at the base of the mountains southwest of Port Mirandia.

The pieces of our memory came back to ourselves: we had gone out to attempt to help the Sarrukh with their abomination problem, heading north to attempt to discover the root of the problem. That’s where it began to get spotty. Bits of memory – mind flayers, odd undead, and then… waking up in the Nautiloid. One image stuck in our mind – a vast, ruined city, hidden by the hills around it, among a forest. The city had been built atop a once-beautiful lake, the now brackish water flowing between the buildings in an odd sort of canal system.

We trekked north to Port Mirandia, confused and concerned.