Of Zombies and Ziggurats 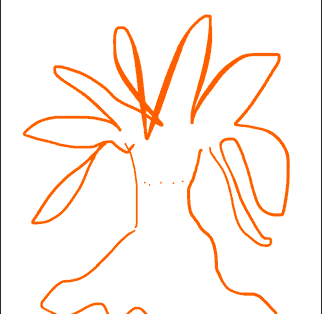 We left town, traveling at a supernaturally enhanced pace, heading towards the swamp. We happened upon a mother and her child, being attacked by wolves, but scared the wolves off. We escorted them back to her uncle and homestead, and learned three things–one, the wolves have been an ever-increasing problem, and a type of bark called ruebark, found by their distinctive smell. This distinct smell masks others, helping avoid creatures with strong senses of smell. Thirdly, there is a ziggurat in the swamp, which we decided to check out.

We headed further into the swamp, and fought several strange panthers that could summon odd mirror images of themselves. Killing them, we discovered the bodies of the missing travelers. Moving further, we happened across the ziggurat, and entered a cave near it. We discovered not only a host of various healing and poisoning mushrooms, but also a rune circle with a strange blue gem inside, as well as the journal of an Aeric person, whose friend seemed to be entranced by the circle. We also found another journal in Elvish.

We killed many undead, including a strange fusion of two humans, and moving further in, killed a ruby-like creature which spat petrifying acid. As we continued, we moved up, killing strange flesh-like tentacle trees which had the ability to teleport, and exude mist that turned our friends feral. Finally, upon attempting to rest inside the dungeon, we were barricaded in and attacked by tortles and a large dog. We escaped and made our way back to town.