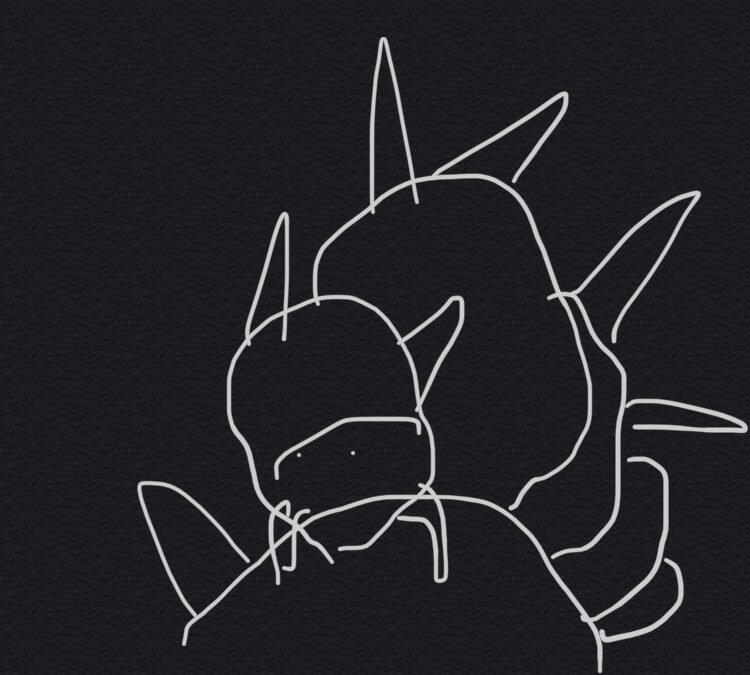 We found Albar Jast, as well as a Goliath called Stormfriend. They were the foremen for the trip, and set out, coming across a massive, mutated bear with strange scales. A truly fearsome creature…. Already dead, killed by some strange fanged creature. However, there were paw prints around. Perhaps this was a hydra? Regardless, we moved the bear out of the way and the workers continued on their way.

We set up for the night, and listened to some truly terrible lute music. Don gave me a REALLY GOOD COOKIE before falling asleep. Inti killed a baby griffon in the night by managing to crack its egg. Why was the egg there? Nobody knows. A rude Yuan-ti woke everyone up by trying to steal the coin, but we set that straight. Later that night, we met a half-orc called Drin from Port Mirandia. I had a few more cookies. People said I was acting funny, but I felt just fine. Drin had a pet frog that liked to swallow people. Very cute.

In the morning, we left Drin behind and continued on our mission. The entire day was uneventful, and the night was as well, save for a fairly harmless scorpion attack. Actually, no, I forgot. We were bothered in the night by a large group of cranium rats, complaining about the big things always wanting to take their land. Kinda sad. Or, it would’ve been if I hadn’t been asleep.

The next morning was also uneventful, but around midday we came across a pair of crystalline caterpillars, monching on some gems on the ground. One spat a strange web of splintered… mineral? at me, and battle ensued. They nearly struck me and Tenfoll’at down, but we eventually prevailed. We rested, finished the road, and slept through a wonderfully, beautifully peaceful night.

Thankfully, for the rest of trip back to town, all was quiet.