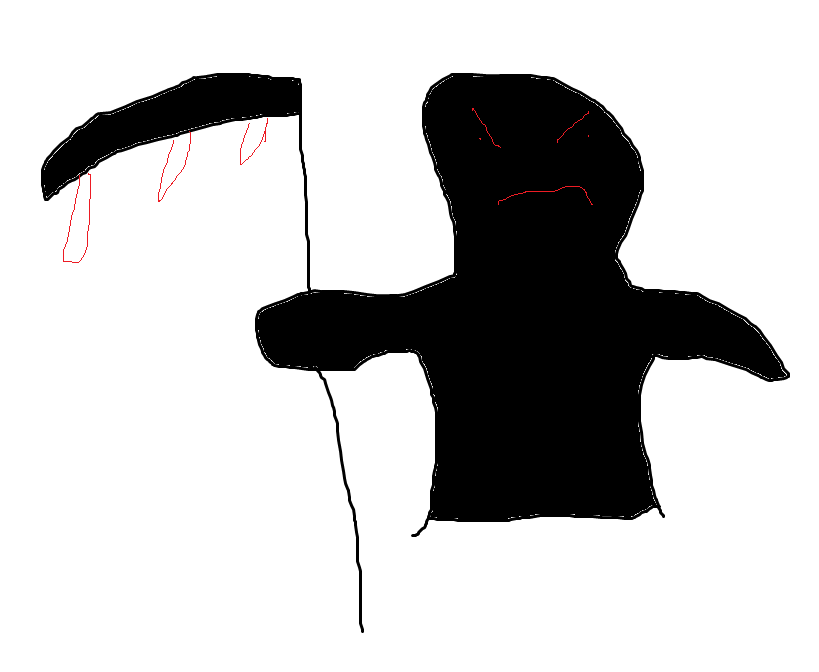 Yarsby asked us to check out a farm – rather far from Port Mirandia, and seemingly innocuous, but last time he sent a crew out to check in, they didn’t come back.

We found some VERY strange vegetables, and upon approaching the farm, we found a beautiful home and field stocked with mildly unseasonable vegetables. There were a few strangely well-dressed scarecrows, but sadly, they were not doing their job as we also found a gigantic murder of crows, perched and watching.

Upon knocking on the door, we found silence. Upon looking through the window, we saw a blood-spattered floor.

And that’s when the scarecrows came to life. They summoned up swarms of crows, as well as a multitude of tiny scarecrows and one HUGE one. We dispatched them all, and moved into the house.

The house was dusty, save for several trails of blood. We attempted to take a small rest, but we were interrupted by some many-armed abomination clawing its way up from the cellar. We killed it and followed it down, but we were not prepared for what came ahead.

Below lurked two Huge beings: one amalgamation of bone and blood, spinning with terrifying blades and bone shards. The other was a horrifying entity, some sort of grim reaper from beyond, that fed on Ou-Kan’s untimely demise.

I took a major gamble and forced the reaper to focus on me, compelling it to a one-on-one duel to give my dying allies a bit of extra time. Through genius strokes of luck and a bit of clever healing, we managed to prevail.

We rested, and explored the room, finding a conjuration circle and some other spoils.

Cally found a harvest log that started off normal, before slowly devolving into rambling chaos, finally transferring totally into Abyssal. It described some sort of progression, expanding exponentially until it reached 80.

I summoned up an unseen friend, but when said friend scrubbed the ritual circle from the ground, it exploded. Not fun, but not a huge problem.

Despite Cally’s misgivings about resting in the house, we took our rest there. Cally saw a manor floating in the sky, but beyond that, their watches were uneventful.

On my watch, however, there I was, pondering the mystery of death and its relationship with the Cycle of Dust, when I heard a voice, whispering in my ear.

I seek the Sal’ena. If anyone hears whispers of their whereabouts… let me know.

The trip back home was mostly uneventful, save for a strange tombstone with Cally’s name on it.