The ghost of the Ishah Plains

Mission: Find the ghost that terrorizes and kills people in the Ishah Plains (Mkification)

The ghost of the Ishah Plains

The objective of our mission was to find the ghost that terrorizes and kills people in the Ishah Plains. It was not a ghost we found, just some aspiring musicians – Shady and the Wretches.

The Wretches were nothing more than small, vile looking creatures that did not possess much musical talent.

Shady, on the other hand, had our fullest attention. While he’s appearance might be intimidating, he was not pure evil and was not fully aware of the powers of his horn. Lucky for us, Mako had some prior knowledge about creatures like him. She told us about creatures from the Plane of Shadow that resemble undead unicorns but are, in fact, quite alive. They are known for playing melodic tunes through their hollow horn to captivate their prey. Although Shady fit that description, he was less interested in capturing prey and more interested in playing music and being admitted for his talent. We explained to him how the magic of his horn was affecting their audience in an undesired way, and Jyn crafted for him a new musical instrument – a harmonica.

If you travel through the Ishah Plains and happen to hear their unique music during the night, remember – they strongly appreciate that their audience visibility and without a doubt enjoy their performance! 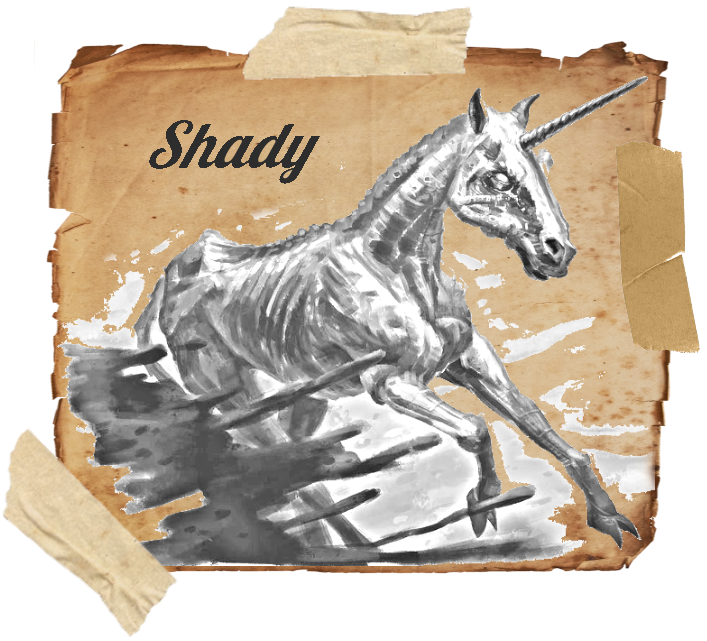 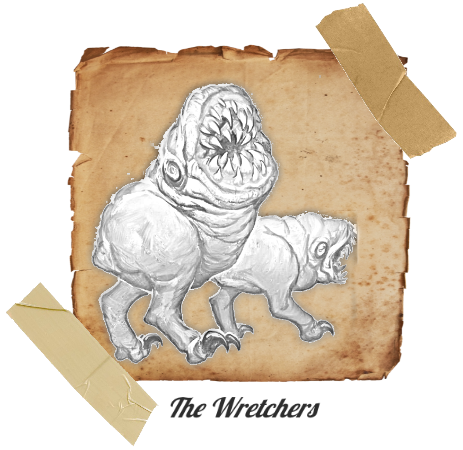 Grinbus is the one who told some of the members of our party about the killing and the ghost. He is a very shady character, that might have good intentions once in a while. While he did contribute to the stopping of the killings by bringing the situation to our attention, he also withheld information, almost caused our death, and run away when we were in danger. If you choose to listen to what he has to say, be aware that there might be a lot that it’s still hidden.

We experienced a strange phenomenon on our second day of travel. As we continued following the tracks we escaped its range, so I am unsure for how long it persisted in the area.

I was told it is a known occurrence on the island, a few people in our party having it experience before. It seems to affect spellcasters by altering the magic they use. Antonio mentioned how it was strange that he felt it as well since he doesn’t use magic, which leads me to believe that the phenomenon might be getting stronger.

I couldn’t find many writings about it, besides mentions in mission logs by adventurers who experienced it and its effects.

A few questions come to mind regarding it: 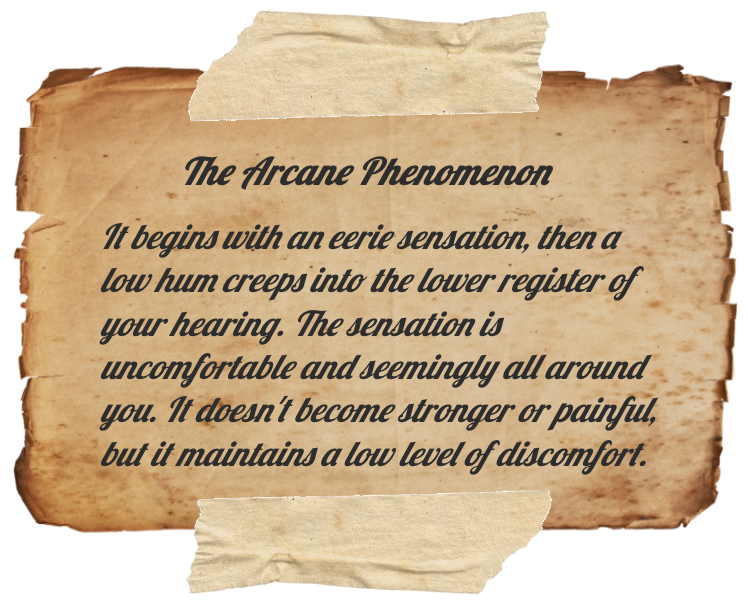 While normally not structures of much interest, I was told that here, on the island, wells are more than they seem, and many of them appear to have magical properties.

We spotted a well close to one of the scenes of the killings we were looking into. Unfortunately, because we were focused on completing our mission we did not spend a lot of time investigating the well. Maybe I will get a chance to pass by it another day, or another adventure might find it and figure it out. All I can offer for now is its description. On our third day, while tracking Grinbus, we saw a group of four gnolls that found the man we were looking for before we did.

We managed to encircle them, and the fight that ensured was not too difficult. Unfortunately, they did not carry the claw necklaces I have read about. 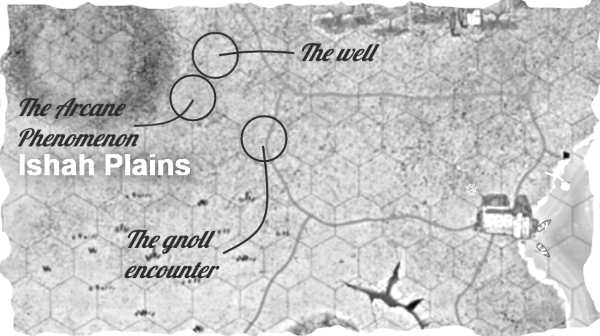