We left WMC with 3 new adventurers amongst us. Our mission was simple. To return to the Ziggurat in the swamp and explore it. I was a fool, I didn’t do my research. I knew not that a previous party of stronger adventurers had explored this location. I had no idea that there was an entrance in a nearby cave and that the temple was filled with agressive tortles.

We left at sunrise, travelling southward. We met 3 travellers, a gnome mage and two martial fighters. They were friendly and so we continued on our journey without wasting much time.

We camped just outside the marsh. During the night Thoradin woke me up because he saw a snake but it was inoffensive. Later on everyone was awoken because many cats surrounded the camp. Vatumal managed to converse with them and found out they were hungry. We fed them a few scraps from our meal and soon after, seeing that there was no threat, went back to sleep. 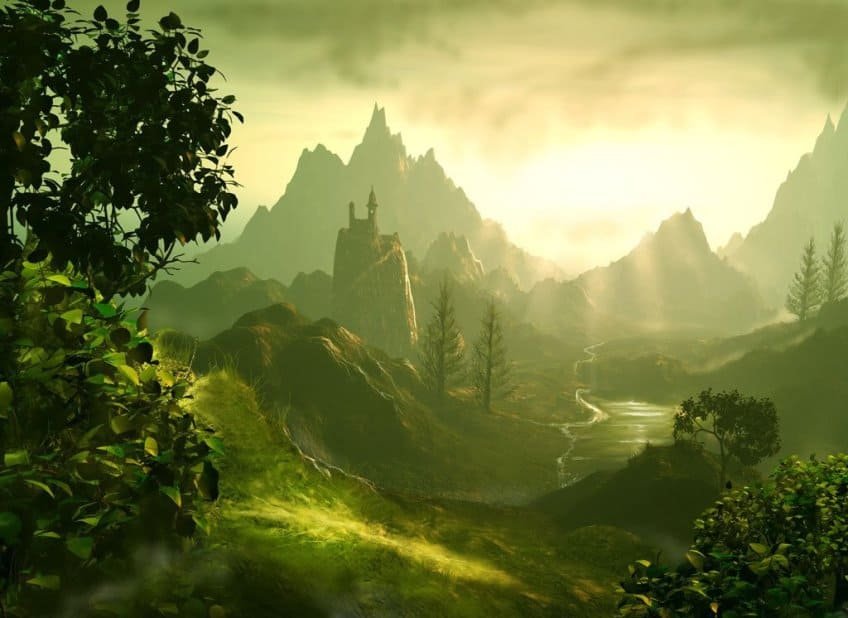 During the 4th watch a painting was found, it was quite nice but the outside elements had worn it down making it pretty much worthless.

The following morning we ventured into the muddy land we had set out to explore. We encountered a bizarre grey monolithic structure. It was engraved with primordial texts which according to Thoradin spoke of change. Apparently this was more litteral than we anticipated for when the cleric mended the statue his body transformed. It appears as though his gender had shifted. We tried to figure out ways to reverse the transitions but nothing sprung to mind. 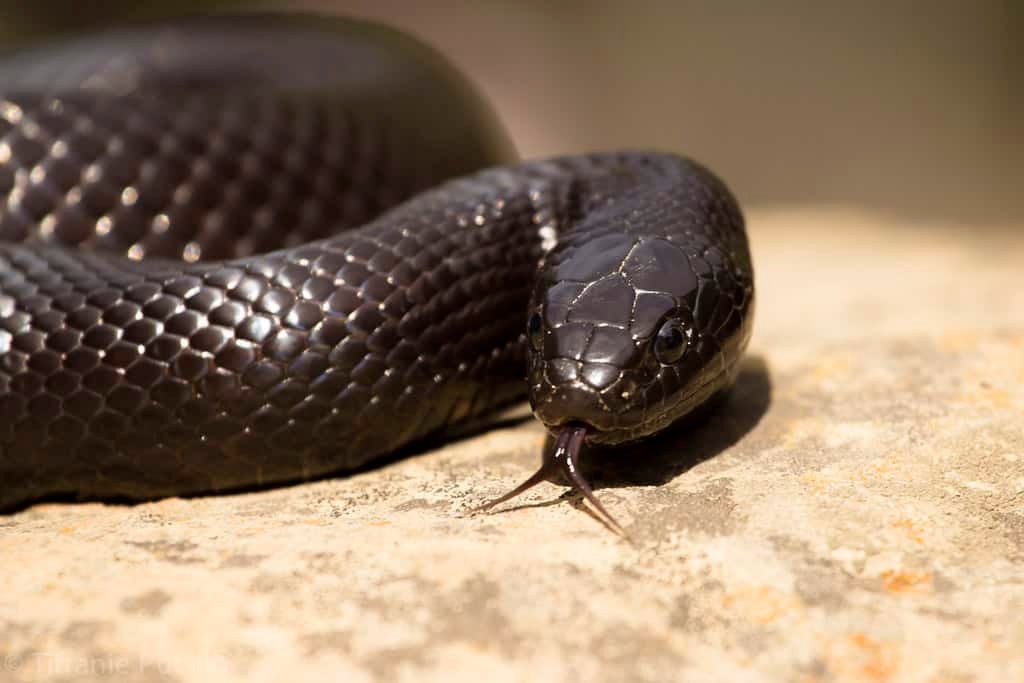 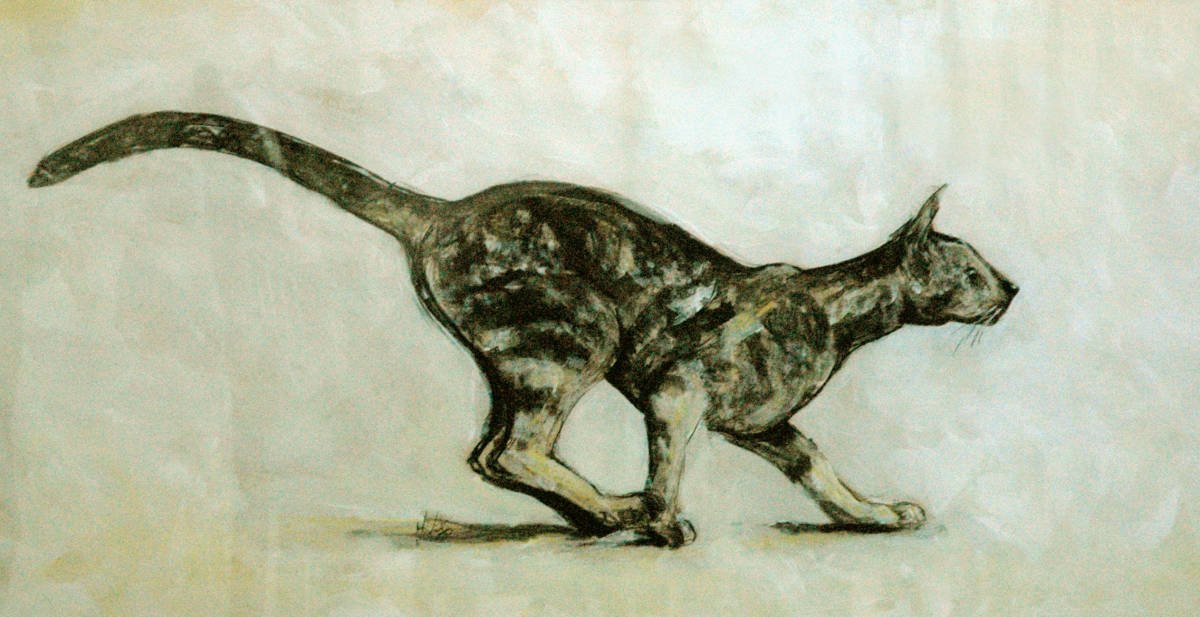 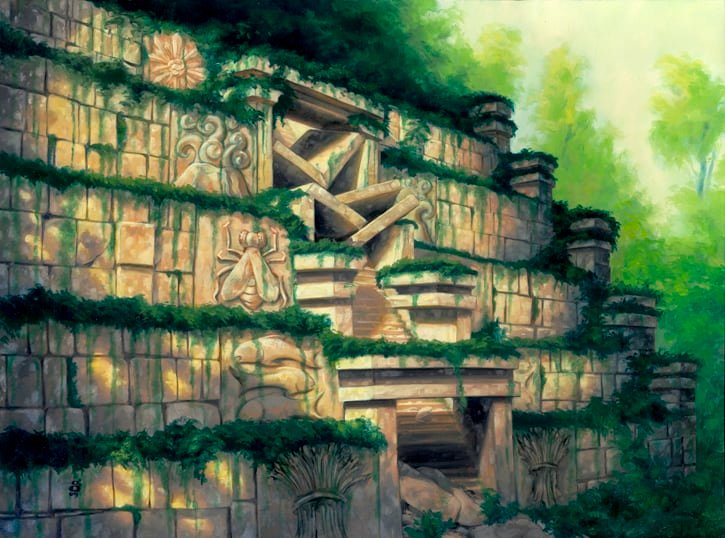 Pushing further on into the thick vegetation, we spotted a massive stone structure in the distance. We approached, hoping to do some recon and retreat without engaging. It was in fact the giant ziggurat we were searching for. Crouching in bushes, we could clearly see archers patrolling the platforms. A few allies moved closer. Vatumal turned into a rat and scurried up the stairs. He returned with information as suddenly someone came down the stairs. We all held our breaths but alas a few amongst us were spotted. We stepped out, attempting diplomacy but a failed charm spell resulted in instant aggression. It is important to state that all beings around this temple were Tortles. The combat that ensued was ruthless. It felt like forever but only a couple minutes went by. We engaged with many bruisers at the bottom of the tower whilst under heavy fire from the archers and magic users. Eventually we began running up the stairs encountering spectral sentinels that hurt us as we passed.

What followed was tragic and violent. We continued to rush up the stairs as terrible two headed dogs appeared. The saliva of these terrible beasts as well as the arrows of the surviving archers were coated with poison. The poison took hold of us as our luck shifted. Torgran was knocked out but luckily I was able to heal him with my goodberry. Vatumal also fell but was healed by Thoradin’s divine magic. Eventually I was knocked unconscious but Tehran managed to bring me back. I braced to the best of my ability but had to run. And so the tactical retreat began. I sprinted as far as I could, turning to see Tehran fall. I was too far and too weak to aid him. My allies tried to help but alas, it was too late.

This is the second time I encounter death on this island. I have once again scarred myself to keep the memory of the brave warrior who saved my life with me forever. He died giving the others a chance to get away. A hero.

My memory of the journey home is a mess. I remember sprinting and being chased by an odd creature at the edge of the swamp. I remember pushing on and resting in a mine as well as moving pumpkins… Perhaps the sorrow clouded my vision. 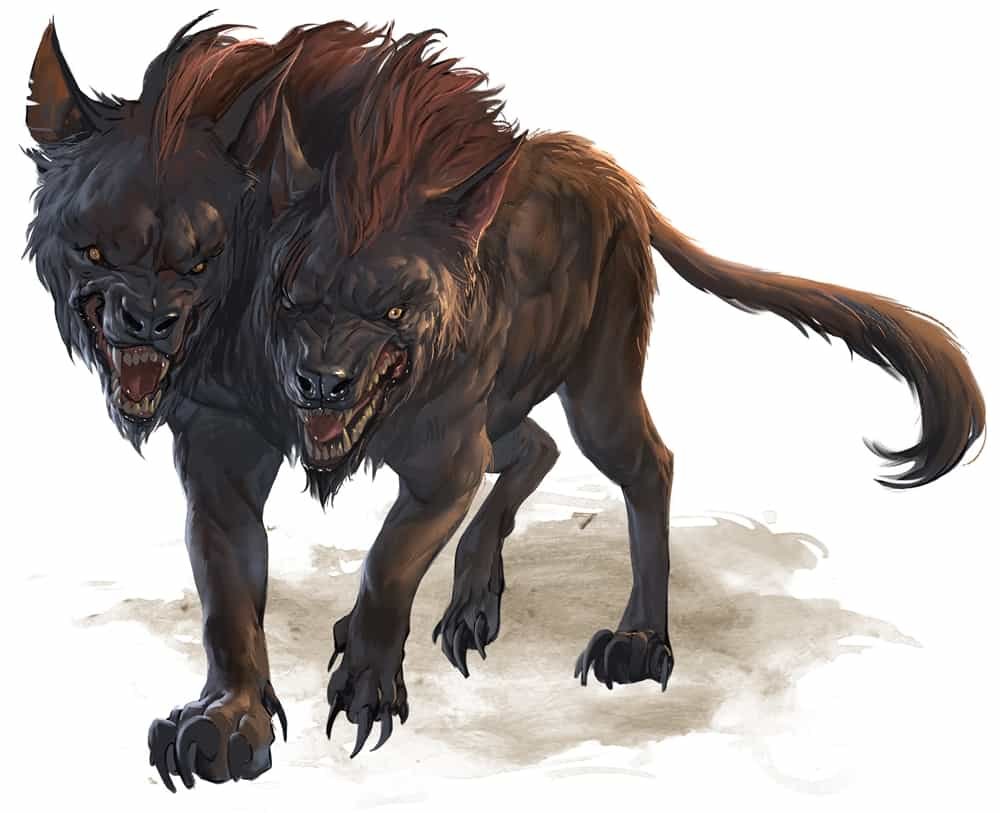 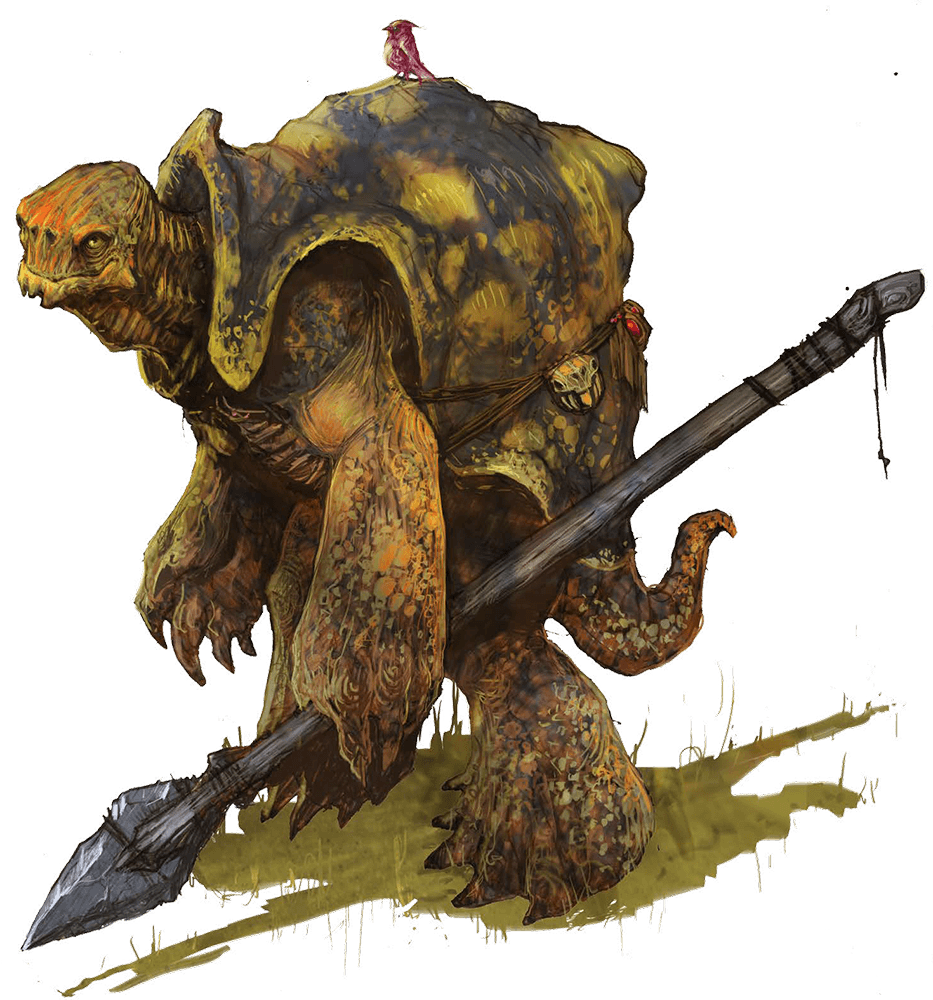