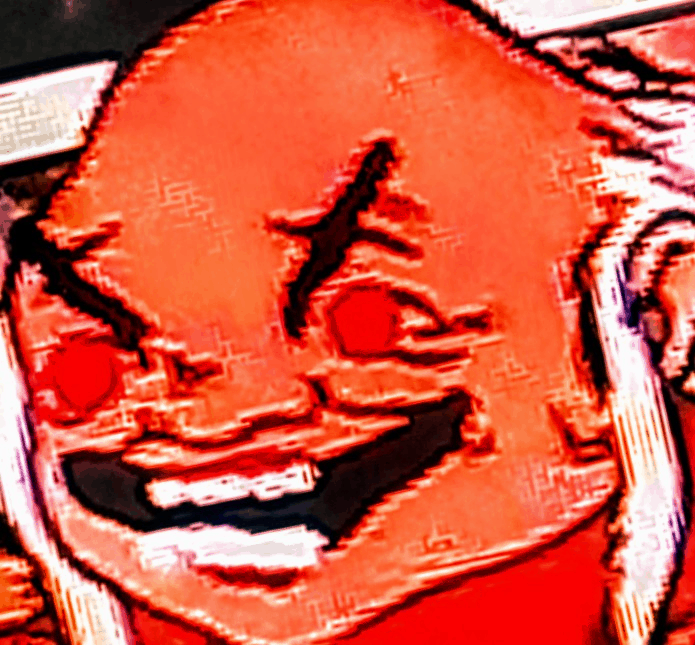 Known to White Moon Cove as the Mad Master Door Maker. Reports have determined Ezekiel to be a bald gnome that wears a red robe. He seems to travel with ease about the Ishah Plains via magical doorways he accesses by use of special arcane knobs. He has 2 known dungeons under his creation, filled with an eerie amount of doors.

History
Long ago, there were two gnomish brothers on this island, Ezekiel and Snaggletooth Slowden. They were home builders and carpenters plying their trade across the island. 100 years ago Ezekiel became unhinged, seemingly touched by madness and talking of malevolent beings. He became increasingly set on building a place for them. One day he simply vanished.

Recent Activity
It was recently discovered Ezekiel has been building dungeons of pure madness in the ishah plains. Two have been discovered and both with a very unsettling amount of doors and very odd architecture. These mazes of death have shown to have a lot of oozes and jellies as well as Aberrations.

One of the dungeons had a laboratory where the Mad Master Door Maker had begun transforming a bugbear named Brock O Lee into some abomination, replacing organs and limbs with tendrils and other such horrors.

Snaggletooth was recently killed by his brother with the help of what is a suspected Gelatinous Cube that is controlled by Ezekiel.

One of the original parties were given a brass doorknob, encrusted with gems. This knob belonged to Ezekiel and was useful for unlocking secrets within his dungeons. It is currently missing along with the party that carried it. They are all presumed dead.

He is still out there. Still hiding. Still building dungeons to feed his malevolent masters. Still grafting horror and tendril to victims.

He has been seen by adventurers more and more. Sometimes he uses tha alias

Gax is a missing adventurer now corrupted and transformed into Eziekiel’s mount.

“I will never forget the horror I saw. I could never describe such a sight. To look upon it was madness. My eyes could not seem to settle on it. I grew sick and even now it still haunts me. The face was unrecognizable as a humanoid. Countless stalks of eyes had protruded like tendrils of putrid flesh vines wrapping and twisting around a gnarled vaguely human-shaped face. Tendrils also had grown in abundance. Too many to count. The few teeth and jaw we saw was shaped into pure horror.”

“During the first night of travel a very strange gnome and a very hideous monstrosity approached the camp and introduced himself as Eziquos and his friend was Gax, the beast looking monstrosity. Eziquos asked us to deliver a heavy door to his families farm not to far from where we were in exchange for the healing of Broc’s arm. something felt strange about this person but we said yes nether the less as we weren’t really given a choice by the way his tone was. We traveled with the door the following day, even though we struggled as the party was mainly spell users we eventually made it to the location needed. As we traveled the door had a strange octagon indent on it but we couldn’t figure out what it was for.”

“It was Ezekiel, the mad master door maker, and dungeon crafter. I was stunned as he normally was reported to be in the ishah plains. He told us it was time to complete his favor and used some sort of spell on the fountain, changing it somehow. I stealthily hid my casting to peer into his mind. I wish I had not.

His mind was racing far faster then I could keep up with. Evils plan and deeds flowed through my head. The darkness and vile corruptness turned my stomach. I spied a mammoth-like monstrosity. Like a centaur made from a mammoth or bear, topped with some sort of reptilian humanoid with an array of tendrils withering about its ginormous size. And then suddenly the thoughts stopped flowing as Ezekiel simply vanished.”

“I cannot remember what it actually said, but the idea was a fight between two brothers and a decent into madness on the writers behalf.
We agreed that this was not the place to find the Gnome, and maybe we should leave before anybody else came to investigate the loud noises we were making.”

Rumour of a Door Maker

“That night, Irondan found a bag of doorknobs. It was rather bizarre. He mentioned that he had come out here recently and entered a labyrinth filled with doors. I wonder what such a structure would look like.”