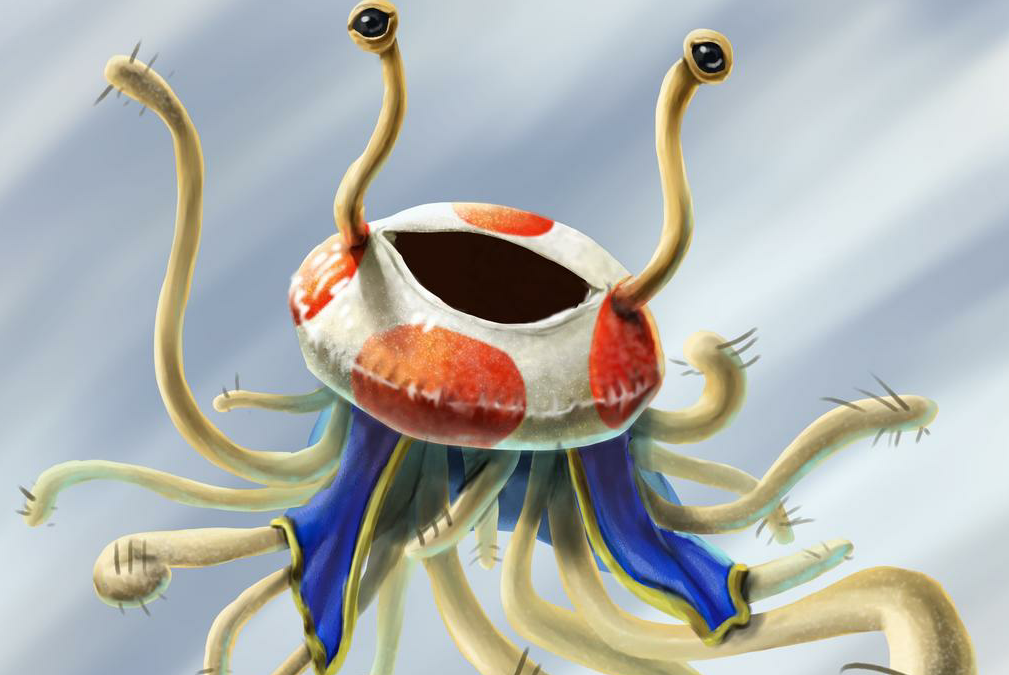 A beacon of hope and wonder.

Darklord Fred the Second is a Flumphf living in the underdark. He have a retinue of flumphs and is quite adorable. He is not to be mistaken with the now deceased Darklord Fred the First, don’t mix them up, ever.

He is considered a beacon of good among the creatures of the underdark and in the process killed Darklord Fred the First.

It is uncertain where Darklord Fred the Second currently resides, but there are two places likely to be his home. The first is in the lair of Illithids, to find this go to the Dark Elf fishing village and ask for directions.

Darklord Fred the Second have had problems in the past and sought have been under the protection of Mindflayers, the deal made between them is unknown and it is uncertain if it remains in effect, but they were protecting him while Darklord Fred the First had captured his retinue.

“A floating flesh ball with eye stalks, tentacles, blue robe and a goofy grin. It introduces himself, as The Darklord Fred the Second. Turns out we’d been getting Fred the 1st and Fred the 2nd mixed up our entire trip down here. I’ll be honest, at that moment I wanted to strangle someone. Unfortunately, we had no one to blame for this mess but ourselves.“