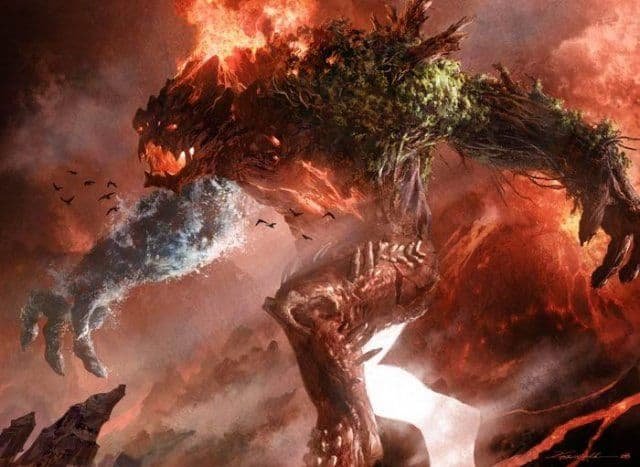 An ancient primordial whom lies under the ruins of an ancient castle on the Ishah Plains. This primordial has been in its slumber since well before the Sundering. Imprisoned by “The Artifact” that lies in the sarcophagus of Wes’Lornond.

The bindings that hold this ancient creature were starting to deteriorate, Yassairian needed to repair this. To fix the bindings adventures located a magical book and found three items from “Mother”: “The Magical Cauldron”, “Howls in the Night”, and “The Eye”. These items unlocked “The Archive” which has what Yassairian used to repair “The Artifact.”

If Gorgontillian managed to free himself from it’s prison it would had been a cataclysmic event.

This is where you write about past dealings with this NPC.  Include links to relevant places and/or logs.

“Then she somehow showed us this epic battle involving a primordial creature that was like taller than… well… think of the biggest tree you’ve ever seen and this guy would use that for a toothpick.”

“As Yassarion started his spell the fight began. Undead made its way in. Skeleton warriors and mages flooded in from the east hall while I believe an ancient lich came at us from the east hall. The fight was glorious. Seeing the sheer skill and power was impressive. As waves came they were smote down by blade and spell.  The Lich opened up by attempting to disintegrate Zak but by the sheer skill, he managed to dodge it.

The combat unfolded with our tactical superiority overwhelming the lich and his forces. Valorean got the final killing blow on it.“

Redlined: Saving the World and the sad tale of Thrashy Nahil

Valorean
devotee of the Platinum Cadre