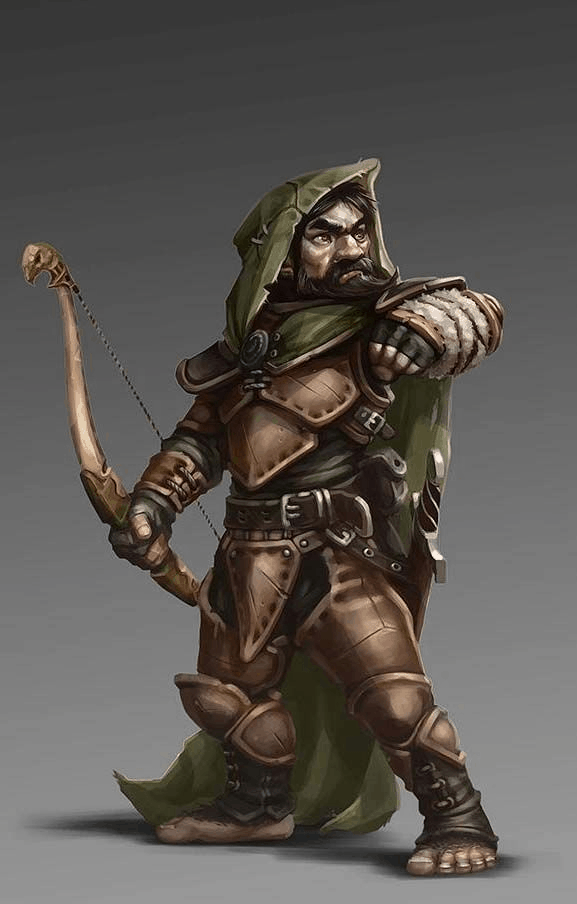 Jerry is a halfing tracker and beast master that is possibly a very semi-functioning alcoholic. He is rumored to have an unnatural desire for canines.

Jerry is currently spending time around Broc Lee. Despite rumors, he is not legally married to his wolf…

Adventurers came across Jerry as he was hunting down Broc to sleep with his dog and misdirected him to help Broc.(Citation below)

Jerry has forgiven Broc and has now returned as his friend, assisting Broc with his work for Mistress Chareise Moonflower.

Jerry was assisting with the care of longtime friend and rival Broc Lee.

Jerry can often be found mounted on this large wolf, drinking.

“We stopped by to meet Broc Lee, a bugbear who Kita and Gax helped by stopping harassment from a halfling, who was making advances on Broc Lee’s dog.“

“We also met a strange little character named Jerry riding atop a large wolf. He was quite confused….or maybe drunk? He asked if we knew Valorean; as Valorean and a previous party had promised to retrieve some Beholder parts so he could revive a friend….he also mentioned delivering someone named Brock(?) to the Bloodeye Clan. Again, I could care less….we were here to get a road built!“

“On the Second Day of travel we made it to Brock’s cave where we met Jerry and we ended up changing our goal to help Brock to get an undead beholder’s eye to assist in healing his arm. “