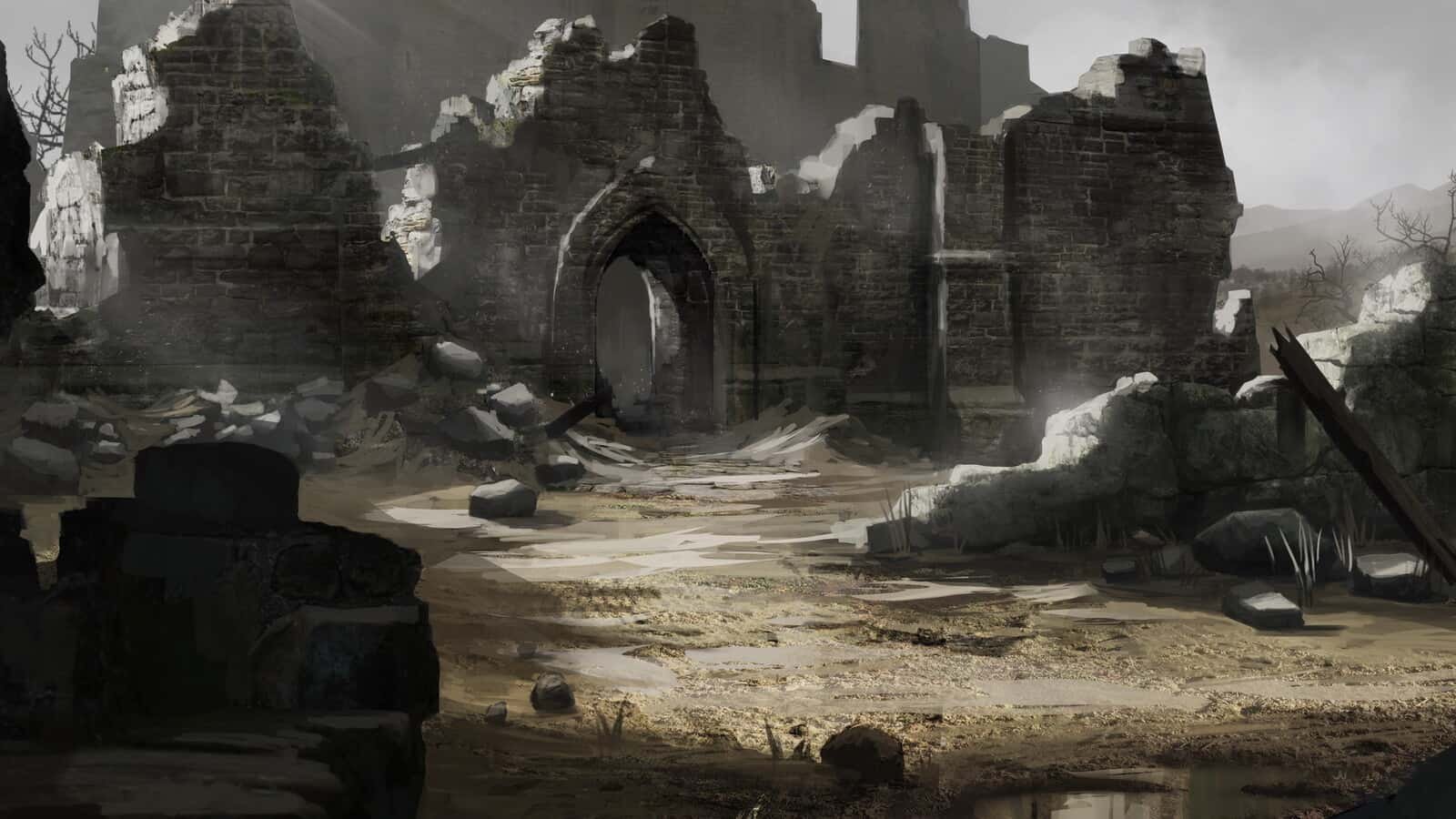 An ancient castle which now lies in ruins. Home to ancient Hausians known as Guardians whom imprisoned the primordial  Gorgontillian.  What caused its destruction is unknown.

History
Not much is known of this structure except that the tombs below imprison the primordial Gorgontillian.

Features of note
Contains many ancient portals that are controlled by metallic buttons.

Has a large tomb underneath that is only accessible by one way portal. To gain entrance must find the first portal room at the end of the large entrance. Combination is Gold followed by silver.

To exit the tomb must hit all four platinum portal buttons on the sarcophagi in the NW, NE, SE, and SW corners at the same time.

“So we get on our way and get to this ruined area we learned later used to be a castle.

This tomb was huge. Coble stone pathways about 25 feet wide with many statues that represented those that constructed this primordial prison. The sarcophagus was placed with the dedication to people who died imprisoning the primordial.”