The Cult of Shar 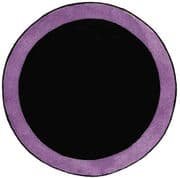 The holy symbol of Shar.

A cult of Shar, the Mistress of the Night, lurks on Sleeper Island. The Sharran church is known for undermining and corrupting individuals, governments and even other religions in order to more easily convert people to their beliefs. The cult on the island is known to possess a magical item of great power, capable of bringing its users prosperity or allowing them to summon powerful evils.

Two cultists were defeated in the Istah Plains for petrifying animals with the help of a basilisk they had in their control.

A deserter from the cult, Wilburn, a necromancer, was captured after being beaten in battle, but later took his own life by ingesting poison.

The cult lair has been found, and the members in it taken care of, including cult leader Medeana.

Two members of the cult were found to be responsible for the petrification of animals in an area in the Istah Plains. They were promptly defeated along with a basilisk they used for the petrifying. A swordsman named Minato was found to be one of the petrified victims.

Documents found on the cultists’ bodies stated the cult is led by a woman named Medeana. They worked with a coven of hags who had uses for the petrified beasts. The cult allegedly has a hideout somewhere in the Neathy Woods, the entrance of which is protected by a puzzle of some sort. A hint can be located near its entrance.

An elf named Kastor seems to have some manner of grudge with the cult, having attacked the Sharrans before.

The documents also mentioned a man named Wilburn, a powerful magic-user who left the cult behind to chase after a woman called Eurydice. Wilburn was discovered to be behind the summoning of undead in the Tempest Plains. He was found in a cave in the area, which also was possibly an ancient elven construction. The necromancer was defeated and captured, but later committed suicide by poison.

However, before his death, Wilburn managed to reveal the true nature of an enchanted item the cult possessed. The golden fleece, made from a sheep born with golden wool, apparently has the ability to make the land richer or extend one’s lifespan. It can also be sacrificed to summon a fiend. The fleece may not be at its full potential to do this, but blood sacrifices can be made to attempt the summoning ritual.

Medeana and the cult have been eliminated. The ritual was disrupted sufficiently so that a babau was summoned instead of the planned balgura. The demon was also wounded upon summoning due the disruption of the ritual, which allowed the attacking adventurers to have an easier time defeating it. The fleece is mostly drained of its magical power, and is now in the hands of the Rushing Stream monastery.

The elf, Kastor, has been found dead as a result of falling victim to a trap in the cult’s lair.

Map pin to be added.

The leader of the cult of Shar. Known to be a powerful sorceress and in possession of the golden fleece. Deceased.

Former member of the cult, a deserter

A necromancer. Found responsible for the summoning of undead in the Tempest Plains. Deceased, committed suicide by poison in captivity.