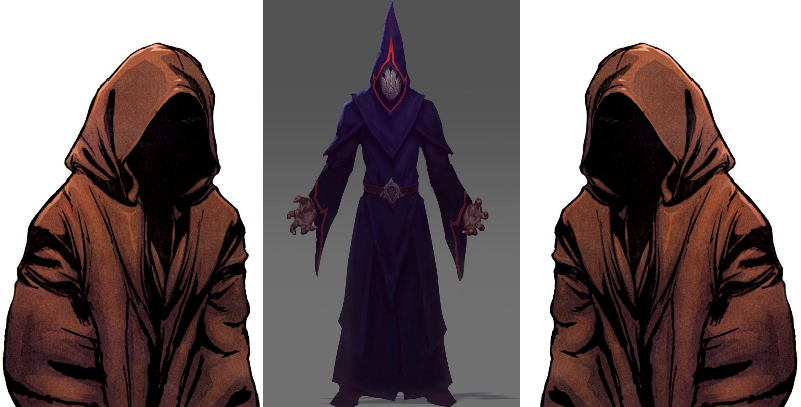 A young warrior god favoured by traveling cultists. He is claimed to already having killed another god and destroyed a town of Yuan-Ti. The location of said town is still unknown though presumed west of Port Mirandia.

The god seemed to be struggling with something inside itself, what and how is still unknown.

Appearance
Brutish appearance of a fighter or barbarian with at least four arms, possible more. Black mist flow out of the creature and his skin glows a faint purple hue.

The headpriest is named Seymour and has a talent for gathering more people to join the religion. He and his flock walk everywhere by foot as claims to have been many places, including the Desert of Flies.
He has yet to show sign of aggression toward AFK, but has shown interest in the portal network.

As a reward for helping him with a ogre blocking a bridge, he gave Nuemu a vial of the gods blood to drink. This had him dream of the god and his actions, but almost killed Nuemu with exhaustion. If offered this in the future consider it might kill you to drink it.

The spiritvision took place in multiple parts, not all of which Nuemu managed to interprit.

First cultists walked around a city chanting. The city was filled with different races, most of which seemed to be slaves. The god then appeared, bending the walls like it was paper before slaughtering the town. Yuan-Ti fled the town.
While fighting the god seemed to be struggling with something internal, what is unknown.
Nuemu failed to interpret much of the following, but he did see an underground location with Kua-Toa and the god entering a black pyramid.
Lastly a voice spoke, but the language wasn’t known. It did sound abyssal or something similar. 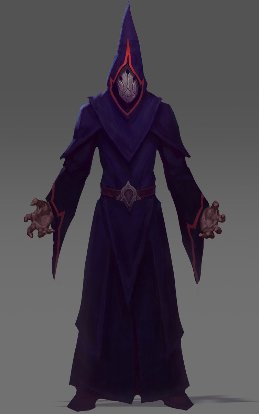